The editorial team from Installment Loans Hub is committed to finding the best topics for consumer finance to help consumers save money. We cover topics from a variety of subject, credit cards, personal loans, debt consolidation and more. If you have a topic of interest, please suggest it through our email submission form.

Do you use a debit card often? If so did you know that your debit card is likely not secure? I say likely since most debit cards have yet to switch over to the EMV chip. EMV in this case stands for Europay, MasterCard and Visa, which helped to propel this new security feature forward. An EMV chip is basically a mini microprocessor that is embedded directly into your credit or debit card. It securely stores your payment information, preventing random people from scanning your information. It also has a second feature that really helps to kill any fraud, it sends a unique digital code each time you make a purchase. Every purchase has a new digital code sent to a payment terminal, so any attempted purchase that does not have this unique code will fail. The unique code can only come from an authentic EMV chip, as of today’s date there is no way to fake this process.

Using the cards is much the same, in fact they can be swiped just like the magnetic cards you are used to already. They can also be dipped into the terminal. Some of these cards do not even need to make physical contact with the terminal, they can be make a remote payment from several feet away from the terminal. Credit cards have already started rolling these EMV chip cards out in the United States. These cards have been in Europe, Asia and other parts of the world for years. If these cards had been rolled out sooner in the United States, experts agree that the damage done by credit card fraud would have been severely diminished in the States. Now banks have started to roll these cards out for debit card users. As much as 4 out of every 10 debit cards will likely have a chip in them by the end of 2015, with more to follow in 2016.

This comes at a high cost to U.S banks, but the savings in debit and credit card fraud will make it well worth it for both the banks and you the consumer. While large banks are having an easy go of producing and sending these cards out, many of the smaller banks in the U.S are falling behind and struggling to catch up. Also there is a change coming to payment terminals, which was the main reason EMV chips were delayed state side. For now people will be able to swipe or dip their EMV cards, but the plan is for all terminals to eventually be dip only.

If you are wondering why the big push to do this, it is not just credit card fraud people have to deal with. A shocking 1 in 5 Americans has been the victim of debit card fraud over the last 5 years, according to the ACI Worldwide and Aite Group. Unlike credit cards, banks are under no obligation to refund fraudulent debit card purchases, and when they do refund these bogus charges, it is often after a long battle with the bank. Banks and consumers alike are on the hook for millions of dollars in debit card fraud every year. Unlucky people can find their entire bank accounts wiped clean by a clever fraudster.

If you have yet to receive an EMV debit card from your bank, you should contact them and ask for one. Most big banks have them available, but are staggering out handing them out. By simply calling and asking for one, you could secure your bank account, and add peace of mind.

Losing your job can not only be stressful and an emotional time in your life, it can be downright financially disastrous. Not only do you need to worry about finding a new job, you have to deal with making your rent or mortgage payment, and paying all of your other bills. Those other bills include paying off your creditors including your credit cards. It can be very easy to destroy your credit score during this time of turmoil, but it does not have to be. There are some things you can do to prevent damage to your credit score and your finances that may just well help you to cope with your current financial burdens. Here is a basic checklist to follow if you have found yourself out of a job:

Examine your finances
Okay yes you just lost your job, but you should have some assets in place. You need to factor in any funds you have set aside, calculate how much in unemployment insurance you have due, and any other assets you might have such as severance pay, savings accounts and any assets that you can liquidate for cash if need be. You are basically figuring out what you have to work with.

Examine your obligations
Now you need to separate your financial obligations into two categories, must pay and would like to pay. Your must pay obligations include rent or mortgage, utility bills and a food budget, as well as transportation. Next factor in all other debts and expenses, cable TV for example you can likely live without. Credit card debts can be taken care of with minimum payments until you are back on your feet. In this stage you are pretty much doing financial triage, figuring out what expenses and debts you have to pay, and which ones you can eliminate or pay the minimum on. You main priority is to ensure that you can meet your basic needs, anything else is secondary.

Cut unnecessary expenses and create a new budget
During this time you do not need gym membership, dining out, Netflix or any other non vital expenses. Anything you can live without until you find a new job should be cut. Next you need to make a new budget taking all of the above information into account, so you know exactly what you have incoming and outgoing.

Communicate with your creditors
Do not delay talking to all of your creditors. Do this well before you are ever late on a single payment. Arrangements may be possible that can save you from any nasty dings to your credit report. Some loan companies for example like SoFi will pause loan payments while you are unemployed. Some creditors offer “hardship programs” where payments are lowered and even suspended for a limited time. You should have on hand any documentation that you have lost your job, before making these calls, as you may be required to prove it. Make sure you keep up with the minimum payments during this time, if at all possible. The loss of your job may only be a temporary setback, but late payments on your credit report can haunt you for years to come.

Doing the above can help you during this time of turmoil. Keep calm and collected, and implement the above tips. Your goal is to create monetary stability as much as possible, and to limit the damage to your finances. In order to do this you need to focus and be honest with yourself and with your creditors. Ignoring the situation will not do you any favors. Remember the loss of a job is only a temporary setback. 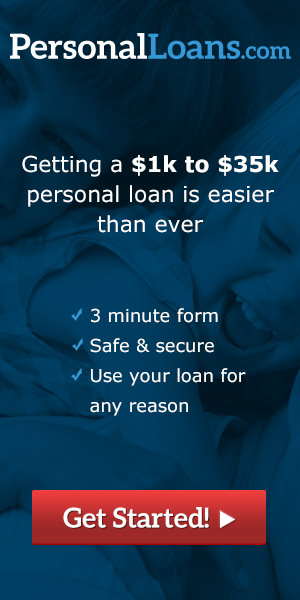